If you follow this blog, you probably think that after we got the garlic planted, all 5100 cloves, we packed up and went on vacation. My neglect in writing can be better explained by the fact that we have so many projects going on that I have had problems deciding which ones deserve a post and which ones just need to be done. This morning I’ve decided to share some bits and pieces of what we have been up to.

One of the things I’m not sure that I have mentioned on this blog is that I am a big fan of natural medicine.  I love to grow herbs as well as identify and harvest wild plants for medicinal purposes. I have containers filled with various dried herbs, oil infusions and tinctures. This being the case, when I spotted young mullein growing in the area that we would be tilling up to plant garlic, I decided I had to save it. You can learn more about mullein from herbalist Jim Mcdonald at this link  http://www.herbcraft.org/mullein.html .

There were a lot of mullein plants so I decided to harvest some and transplant some in a safe, out-of-the-way, location.  Since mullein is a biennial plant the transplanted plants will come up next year and complete their growth cycle, getting very tall, flowering, and then going to seed.

The harvested leaves have been dried and stored and the roots are infusing in oil and some being turned into tincture.

Our strawberries were so productive this year that we decided to expand. Earlier this summer my husband tilled the area where we would plant more strawberries. He then put a layer of rotted horse manure on top. He tilled in the horse manure, along with the weeds that had grown up, when we were ready to plant. I assisted with weeding the strawberries so that he could identified the runners and cut them from the mother plants. He dug the roots out of the ground and transplanted them in the freshly worked soil. In total he added 100 new strawberry plants. He then mulched them with straw so they are ready for winter. 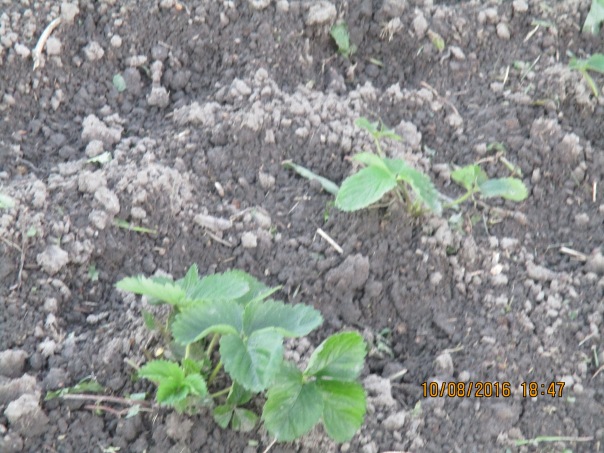 We had a VIP visit us a couple of weeks ago. We have been dreaming of meeting this person for many years and in January of this year we learned that, if all went well, we would be enjoying his company this fall.

Things did not go exactly as planned, since our first grandchild, Jackson was born on June 15 of this year even though his due date was not until September 17th. He weighed a mere 2 lbs. and spent the next three plus months in the NICU being tended to by a skilled team of doctors and nurses. Thousands of prayers have been said for this little guy with hundreds being sent from our house alone. I have been, and continue to be, amazed at the strength and fortitude of his parents. God is good! 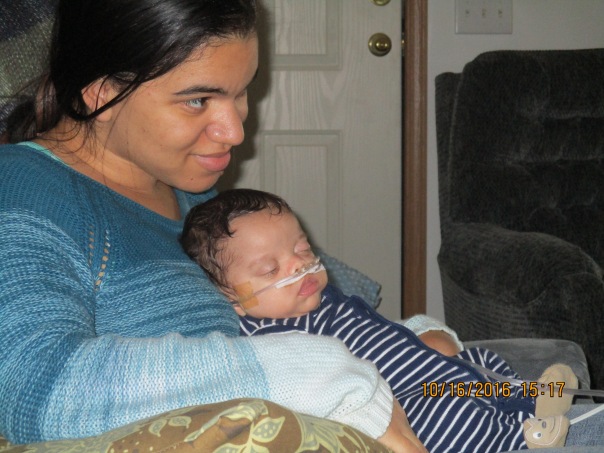 Since the day of his visit was cool and rainy we were not able to introduce him to his future playground and learning center (our farm). We did, however, enjoy much cuddle time, and he even bonded with his papa while watching online tractor pulls.

The asparagus bed is another area that we have prepared for winter. We cut the tops of those that were mostly brown. The plants that still had a lot of green we did not cut. We weeded the entire bed and my husband has been working on mulching them. We decided this year to use dried leaves, as mulch for the asparagus, as we have many. 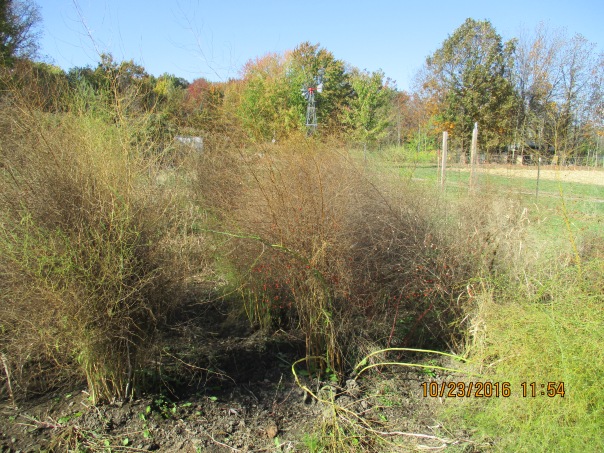 My husband also put up plastic wind break on the north and west sides of the bees hives to help protect them this winter. 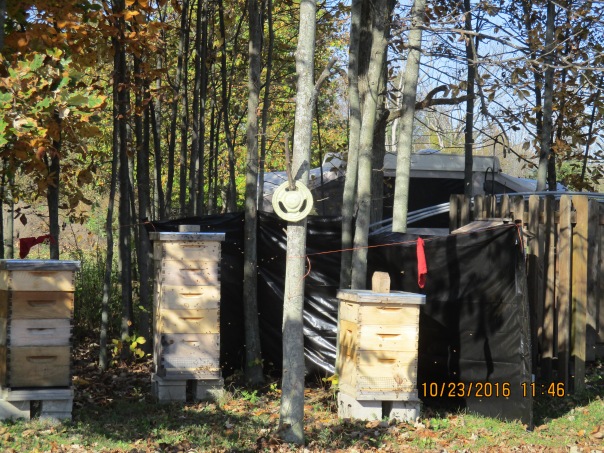 We had some blueberry bushes we wanted to move. After we moved them we mulched all of the blueberries with pine needles, placed individual fences around them to protect them from the deer, then we added a layer of wood mulch to keep weeds down. 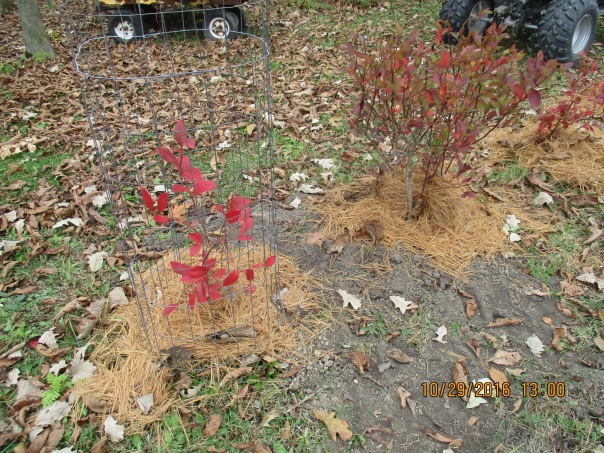 We have a total of 25 blueberry bushes all ready for winter. 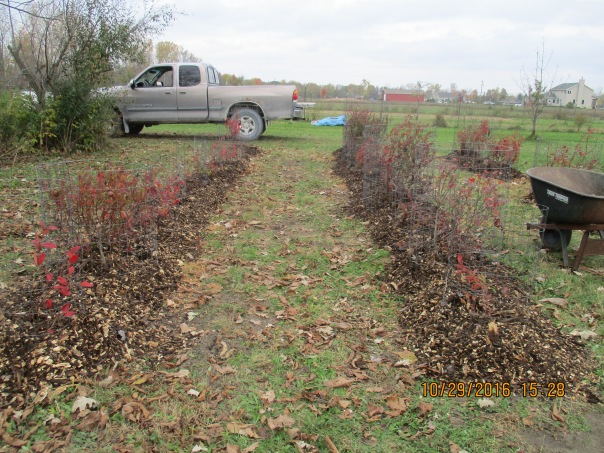 This time of year our focus really is being ready for winter, and other activities have included staining our deck before we started to store our firewood on it. We have also begun cutting firewood but have a lot of that to do yet.

My husband has also begun winterizing equipment (lawn mowers, rototiller) before storing them for the winter.

Autumn around here is just as busy as spring and summer. Nope- no time for vacation. 🙂