Several years ago in the spring I got a phone call from my niece. She said her children had found a turtle in their yard and were concerned about  finding it a good home. She told them they couldn’t keep it and wanted to know if they could bring it over and put it in our pond. Since it was a harmless painted turtle we said “yes”.

When they arrived we discovered that it was a baby turtle – no bigger than a fifty cent piece and very cute. We walked to the beach and before releasing the turtle into the pond the kids were asked what they wanted to name it. They decided to call it Daisy.

Every since then when the kids visit the farm they always ask if we have seen Daisy, and of course they keep an eye out for her when they are in or near the pond.. We usually see turtles of varying sizes throughout the summer months but really have no way of telling which one might be Daisy.

Yesterday as my husband and I were walking in the field he spotted a turtle, in fact I think he almost stepped on it because the grass was so tall. We decided to reduce it’s risk of getting stepped on or run over by a lawn mower or tractor and put it in the pond. 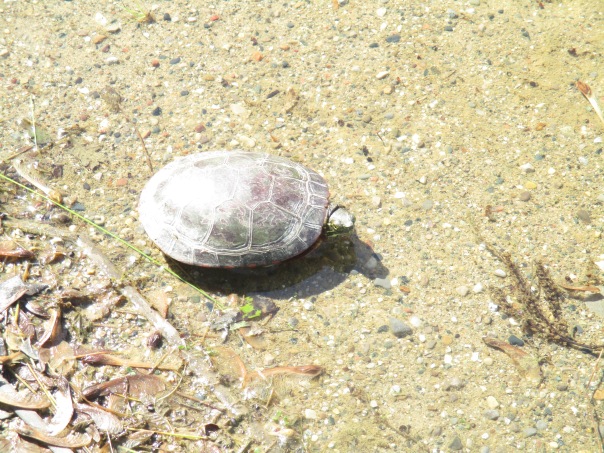 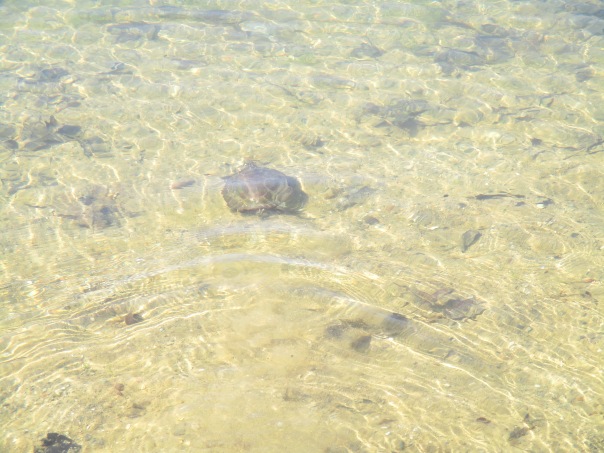 I really don’t know how fast painted turtles grow but I would guess that this one may be several years old. Perhaps it is Daisy.